If you’re looking to buy an electric scooter in Cornwall, UK but not sure where to start. You could take a look at Hobby Mounts based in Wadebridge, Cornwall.

We stock the most popular brands on the market right now, including the best selling Xiaomi M365 Pro Electric Scooter.

With upto 28 miles of range and a top speed of 15mph, it really is a great electric scooter.

If you’re looking to buy the all new GoPro Hero 8 Black in the UK and would like to buy from an official GoPro Dealer, then look no further.

Hobby Mounts based in Cornwall, UK are a leading GoPro specialist and we stock the full range of genuine and aftermarket accessories for the range of Gopro action cameras, including the all new GoPro Hero 8 Black and the GoPro Max 360° Camera.

Check out the HERO8 Black on the following link and buy with confidence knowing you’re buying from an official dealer offering full support and warranty.

If you’re looking for an official DJI in the UK to buy the all new DJI Osmo Mobile 3 Smartphone Gimbal, then look no further than Hobby Mounts who have been official DJI dealers for the past 5 years, offer expeptional customer support and product knowledge.

This latest generation of the DJI Osmo Mobile has seen some massive improvement in terms of size, weight and usability. The first thing we noticed was the all new foldable design and that it’s incredibly lightweight.

Next, we noticed all the great features it’s packed with, to name just a few:-

To learn more about the DJI Osmo Mobile 3, visit our website below…

Where to buy the DJI Osmo Pocket in the UK?

Flim in stunning 4K resolution with a fully stablised 3-axis gimbal to ensure your video is super smooth and professional looking.

The DJI Osmo Pocket retails at £329 and is available here: https://www.hobbymounts.co.uk/shop/DJI-Osmo-Pocket

Hobby Mounts are an official DJI dealer in the UK and stock the full range of DJI Osmo Pocket Cameras and Osmo Pocket accessories.

Well, this is probably the easiest question for us to answer at  the moment.  And simply, it’s the Tello Drone. 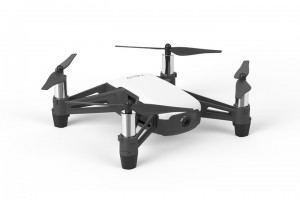 Now let me tell you why…

It’s small, light, portable, has good battery life, is easy to fly and is sooooo stable, I can’t even begin to explain just how stable it is, even in a breeze.

Now, don’t get me wrong, it’s not going to perform as well as say a £400 DJI Spark but for £99 you will not find a better drone for the money!

Take a look here and grab one for some flying fun!

Drones in Devon and Cornwall

If you’re looking for a specialist drones dealer in Devon or Cornwall, look no further.  Hobby Mounts are a DJI and Yuneec main dealer with a 600 sq.ft showroom dedicated to all things drone related.

You can see our demo models on display, have a test flight and ask our specialist drone expert about your hobby.

If you’ve patiently been waiting for the official release of the DJI Ronin S Gimbal for DSLR and Mirrorless cameras, the wait is over… 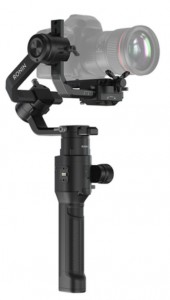 Purchase your DJI Ronin S from our website HERE

The new DJI Ronin-S is a handheld stabilizer for use with mirrorless and DSLR cameras. It uses DJI’s advanced stabilization technology to give creators the opportunity to shoot a wide range of stabilized shots with a single hand.

Some of the key features:-


One of the key elements of the Ronin-S’s design is the elevation of the camera payload above the roll axis. Often with handheld stabilizers, the roll axis can block the live view screen of the camera, making capturing the right shot more difficult.

There’s also a reduction in movement as you can shift between underslung and upright positions in a single motion.

DJI have also introduced a new SmoothTrack technology for the Ronin-S.

The Ronin-S also features 2 customisable parameter groups, which let you create presets for your favourite SmoothTrack setups and use them on the fly.

There’s also a new “Sport” mode, which compensates for even the quickest of motion, giving you smooth results every time.

The Ronin-S can be used not just as a handheld gimbal, but also mounted to a buggy, or used as a remote head on a jib.

A new DJI Focus Command Unit can used with the Ronin-S to allow you to pull focus when operating the standard handle.

To maximise versatility, the Ronin-S can also be mounted to a dual-handheld bar, without any sacrificing control of the gimbal, camera shutter or focus.

There will be numerous official DJI Ronin-S mounts and accessories available.

If you’re flying drones in the UK as a hobbyist or as a commercial operation, there are rules to follow.  As a hobbyist, we would recommend that you read and learn the Drone Code and follow it at all times.  A link to the Civial Aviation Authority website is below… 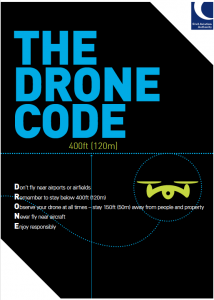 Buy the Tello Drone from your UK DJI dealer

The awesome new Tello Drone has been announced in the UK and is available from your official DJI dealer in the UK.  Hobby Mounts.

What does the Tello Drone offer?

The new Tello Drone looks like it will take the drone world by storm at such a low price point, mixed with high tech, including collision avoidance, electronic image stabilisation, etc.

You can get your Tello Drone right here at Hobby Mounts, you’re official UK DJI dealer.

How do I pair my OLFI One.Five Remote Control to my camera?

If you’ve got your OLFI One.Five Remote Control (as per the picture below) and would like to pair it with your OLFI One.Five, the process is pretty straight forward.  We’ve put together some step by step instructions on how to pair your remote with your camera. 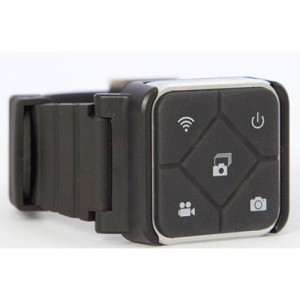 How to pair OLFI One.Five Remote

“To pair your Olfi remote, you’ll need to select the remote pairing option from the main menu on you Olfi and follow the steps.

Job done.  If you have any problems, please don’t hesitate to get in touch via our website below.